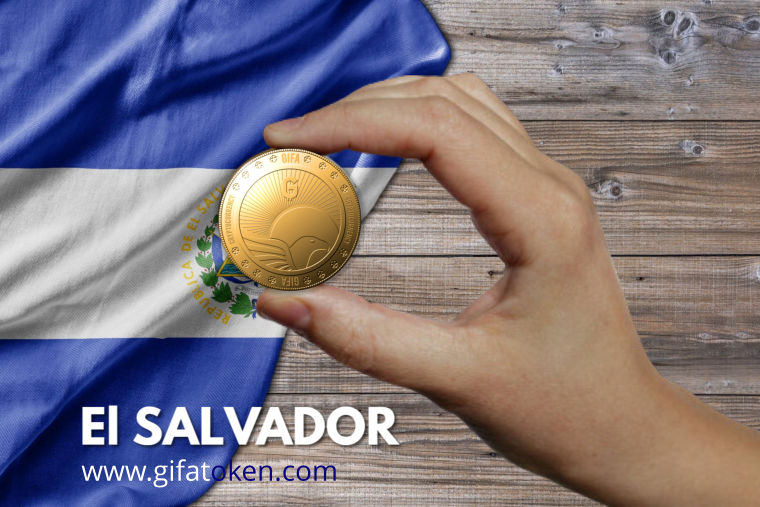 El Salvador’s Congress turned heads when made bitcoin as a legal tender in one of the Latin American nations. The country has had cryptocurrency in its economy for the past year.

To celebrate Salvador(with a 6.454 million population) for passing the cryptocurrency Lawand welcoming our Salvadoran investors, GIFX exchange has prepared a special welcoming bonus for any new user from El Salvador who joiningGIFA Tokento grab a 15% bonus straight away.

Northern Cyprus-based exchange is so delighted and welcoming Salvadorian users to the GIFA Token. ''We also want to say thank you to each and every one of you that chooses GIFA exchange and make use of its digital wallet to send money to your loved ones!

The mission of GIFX exchange is to decentralize finance and connect the unbanked masses by empowering them with financial freedom. GIFA Token intended as alternative digital money to government-backed fiat money and has no central authority to control it. With the GIFA Wallet, users can able to trade, sell and send money to friends and family to over 200 countries worldwide. Please down this App and start using GIFA Wallet, with no delay!

We like to take this very opportunity to say thank you to our amazing customers and investors. We’ll keep working hard to make sure that you can send money to your loved ones despite the challenges that the world throws at us, and we look forward to welcoming the next 100,000 users to our platform! El Salvador has used the U.S. dollar as its official currency since 2001, and now adopting cryptocurrency as legal tender is a brilliant move that will help reduce inflations and dependence on the decisions of a foreign central bank.

Many Salvadoran communities like fishing and farming families are now using cryptocurrency to buy groceries from the local markets and pay their utilities. Bitcoin acceptance in Latin American countries is a voluntary move, so the latest legislation passed late Tuesday has just proved indeed massive supporters who seek the financial changes. The decision demonstrates the power of digital currency that could help a country where 70% of people don’t have bank accounts or got access to the traditional financial systems.

The millennial president, Nayib Bukele, who pushed through such ground-breaking law, touts it as a way to help many Salvadorans who have no access to traditional banking services and this is a new path to attract foreigners with cryptocurrency holdings to invest in El Salvador, which became the first nation to make the cryptocurrency legal tender.

The world is currently facing a huge challenge in the form of the coronavirus pandemic, and we're doing everything at the best of our abilities to support many people around the globe that need to send or receive money across national borders.

Cryptocurrency adoption in El Zonte, for instance, had been a slow process but lately, bitcoin transactions in those emblematic surf towns drastically took off during the coronavirus pandemic when strict lockdown measures kept most people from leaving their homes. Many Salvadorans started doing business working from homes and comfort zones, this allows them to sign up on some world's cryptocurrency platforms and making some money online.

Román Martínezis a fintech pioneer who introduced bitcoin ATMin El Zonte: “Our donor made three deliveries of $40 converted to bitcoin, for each of the community’s 500 families, and they were trained to use the application and now it’s normal to buy with bitcoin,” Martínez said. El Zonte got a Bitcoin ATM, which gives dollars in exchange for bitcoin or takes dollars and gives credit in bitcoin.

Jessica Velis, who runs the El Zonte business where the ATM is located, said some people here are already receiving remittances from abroad in various cryptocurrencies. According to the data from Statista, Salvadorans received some $6 billion in remittances last year from relatives living abroad, mostly in the United States and other parts of Europe. El Salvador is heavily reliant on remittances for national GDP. Cryptocurrency transactions and trading is still a niche opportunity for the majority of Salvadorans. 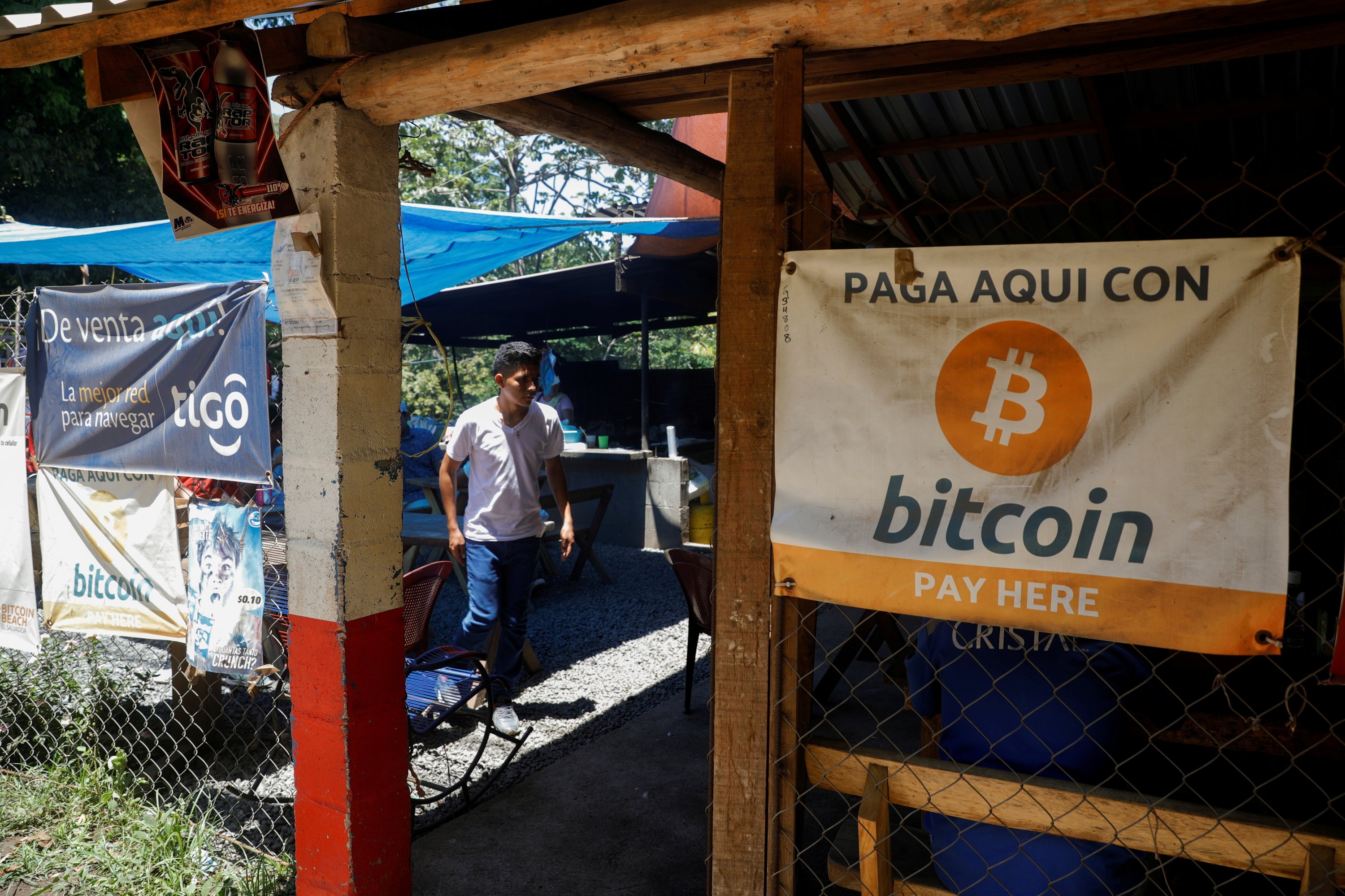 To spur national cryptocurrency adoption, president Bukele said the government would create a $150 million fund to allow people receiving payments in bitcoin to immediately convert them to dollars, reducing the risk of holding the fluctuating digital currency. He instructed the president of LaGeo SA de CVone of the state-owned geothermal electric companies, to offer facilities for Bitcoin mining with very cheap, 100% clean, 100% renewable, 0 emissions energy from the country's volcanos. And this shows that Bukele means business!

Bukele added that adopting bitcoin could save on the expat's costs of sending money home. The monthly crypto transfers have raised over $1,000 - the money sent by the Salvadorans working abroad, which totaled around $1.7 million in May 2021 as compared to $424,000 a year earlier. At Olas Permanentes, one of the town’s most popular restaurants, customers have been able to pay for services using cryptocurrencies.

GIFA Wallet, in theory, offers a quick and cheap way to send money across borders without relying on traditional and often very costly remittance channels. GIFA Wallet App is a multi-currency digital wallet that the users can download from the app StoreandPlay Store to be installed on mobile phones, desktop computers, iPads, in order to access its online payment system.

GIFA Token — exchange announced that 98% of the work so far has been successfully done on the cryptocurrency platform, now pushing the platform in the final ... 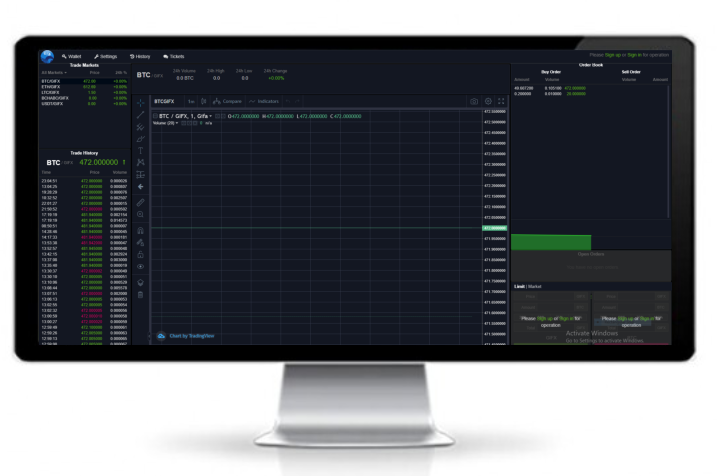 To enhance service efficiency, GIFA Toke n is kindly informing users that the Trading Platform will be temporarily down for system maintenance. We appreciate...